The most interesting drinks 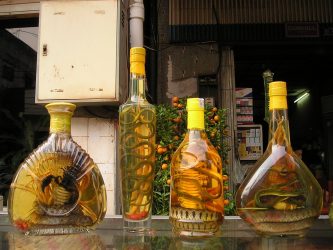 We all like to enjoy in some beverages, but how far would we go in trying something new and unusual? Well, some people were so creative, or some would say insane, to make something really extraordinary. Here are some of the world’s most unusual drinks: 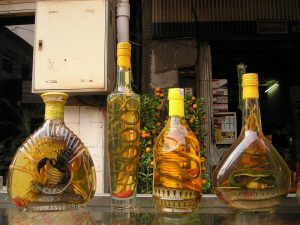 This weird and frightening alcoholic beverage contains real and whole snakes put in rice wine or grain alcohol. It origins from China, from Western Zhou dynasty period (771 BC) and was considered as an important curative and believed to reinvigorate a person according to their traditional medicine. Similar to this, there is Habushu drink, which is an awamori-based liqueur made in Japan. It is first mixed with herbs and honey, after what is a pit viper snake inserted into the liquid and stored until consumed.

If you are meat lover, you will definitely fall in love with this one! Used in preparing cocktails like Bloody Marry or Bacon Martini, Bacon Vodka gives a really unique taste. It is usually described as “warm and more substantive than just vodka alone, with taste of bacon which reminds of smoked pork”. This unusual vodka was a result of two years testing procedure in order to figure out the perfect taste. The popularity of this beverage is proved by many recipes for different cocktails, such as the Bakon Martini, the Bakon Russian, Bakon-Chocolate Martini. 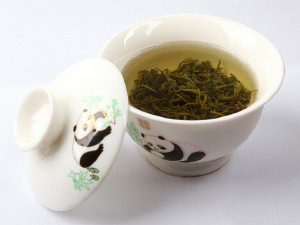 This unusual beverage is Chinese production. Actually if you have heard for civit-cat coffee, this would sound pretty similar. It is called Panda Ecological Tea and was sold in a limited edition, with highest price of 72000$ for one kilogram. The entrepreneurs of the panda tea claim that during this digesting process, panda takes only 30% of the tea nutrients, so it means you still can absorb many of them. If this sounds like a fun, just go ahead and try out this unusual and pretty expensive beverage, and do not forget to tell us about it!

Do you like beer? Probably yes. Do you like milk? Well, why not… if these are your answers, you would probably like to try out beer with milk, or just to call it Bilk. One Japanese brewery has started selling this strange combination and those who has had privilege to drink it says it has sweet, fruity taste and it goes well with sweets.

After drinking the previous beverage, you will need to go to the toilette to empty your bladder, but wait…. What if someone would like to drink it…? Yes, sounds bizarre, but some people in India came up with the idea of selling the urine as a soft drink…. Still crazy, but as you maybe know, cows are very appreciated by Indian people, so they though that its urine could be converted into a drink! The name of this urine drink is “gau jal” which means “cow water”. As they say it is healthy and desirable replacement for other soft drinks. Would you try out something like that?

Have you ever been thinking of a drink that could replace the need for smoking? Well, a Dutch manufacturer created a beverage that has this power, claiming that it reduces one’s need for cigarettes for few hours. The drink quickly got name “Liquid Smoking” and became popular in the Netherlands, but was launched in the UK. The drink does not contain any nicotine, but has energizing effect, followed by a sense of calming and relaxation.

Which one is your favorite?

Which one you would never taste?

Although we have mentioned some unusual and interesting drinks, plenty of them still have remained. So, if you have heard for some extraordinary, strange or crazy beverage, go ahead and enlighten us, we would be pleased. 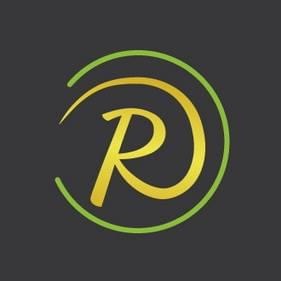 2 comments on “The most interesting drinks”