The oldest tree in the world

Trees… the lungs of our world….. They are beautiful and alive. They grow up, propagate, and above all produce the oxygen we breathe. We admire them and love when they decorate our gardens. While some trees cannot live long, some of them can stand for a few millennia.

These strong and old trees have been witness to the rise and fall of civilizations, have survived climate changes, and resisted being extinct by humans.

Here is a list of five oldest trees in a world:

This tree, located in Florida, was the largest bald cypress tree in the United States and was considered the oldest of its species known to exist. It was estimated to be around 3,500 years old, and used as a landmark for the Seminole Indians and other native tribes. The Senator tree was named by Sen. M. O. Overstreet, who donated the tree and surrounding land in 1927.

The Alerce or Fitzroya is a genus in the cypress family. It is a tall, long-lived conifer native to the Andes Mountains of southern Chile and Argentina. The genus was named in honor of Robert FitzRoy, an English officer of the Royal Navy and a scientist. A specimen from Chile, “Gran Abuelo” or “Alerce Milenario”, was found to be 3622 years old.

This tree is an ancient yew in the village of Llangernyw, North Wales. The tree is fragmented and it left several enormous offshoots – the girth of the tree at the ground level is 10.75 m.

This giant tree lives in the churchyard of St. Dygain’s Church in Llangernyw village. Although it is very hard to determine the age of yew trees, it is stated that this one is between 4,000 and 5,000 years old. But according to one alternative theory, it is presumed that the tree is only as old as the adjacent saint site, which would be around 1,500 years.

This one is a protected by the Cultural Heritage Organization of Iran as a national natural monument. It is a major tourist attraction with a height of 25 metres and circumference of 18 meters. The tree is estimated to be about 4,000 years old, or even older. This Mediterranean cypress tree (Cupressus sempervirens) may well be the oldest living thing.

Some trees that reproduce via cloning could be considered as much older than bristlecone pines. A colony of 47,000 quaking aspen trees (nicknamed “Pando”), in the Fishlake National Forest of the United States, has been estimated to be 80,000 years old. However, the tree ring samples date individual, above ground, at only an average of about 130 years.

The Rocky Mountain population is severely threatened by some fungal disease and by pine beetles. Another problem that the species face is climate change as temperatures have increased 0.5–1 °C. With these problems, the genetic diversity within the species could be a concern. However, it is noted that old specimens have survived previous warmer periods. 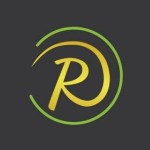